What is the Risk-to-Reward Ratio, Also Called the R-to-R Ratio? 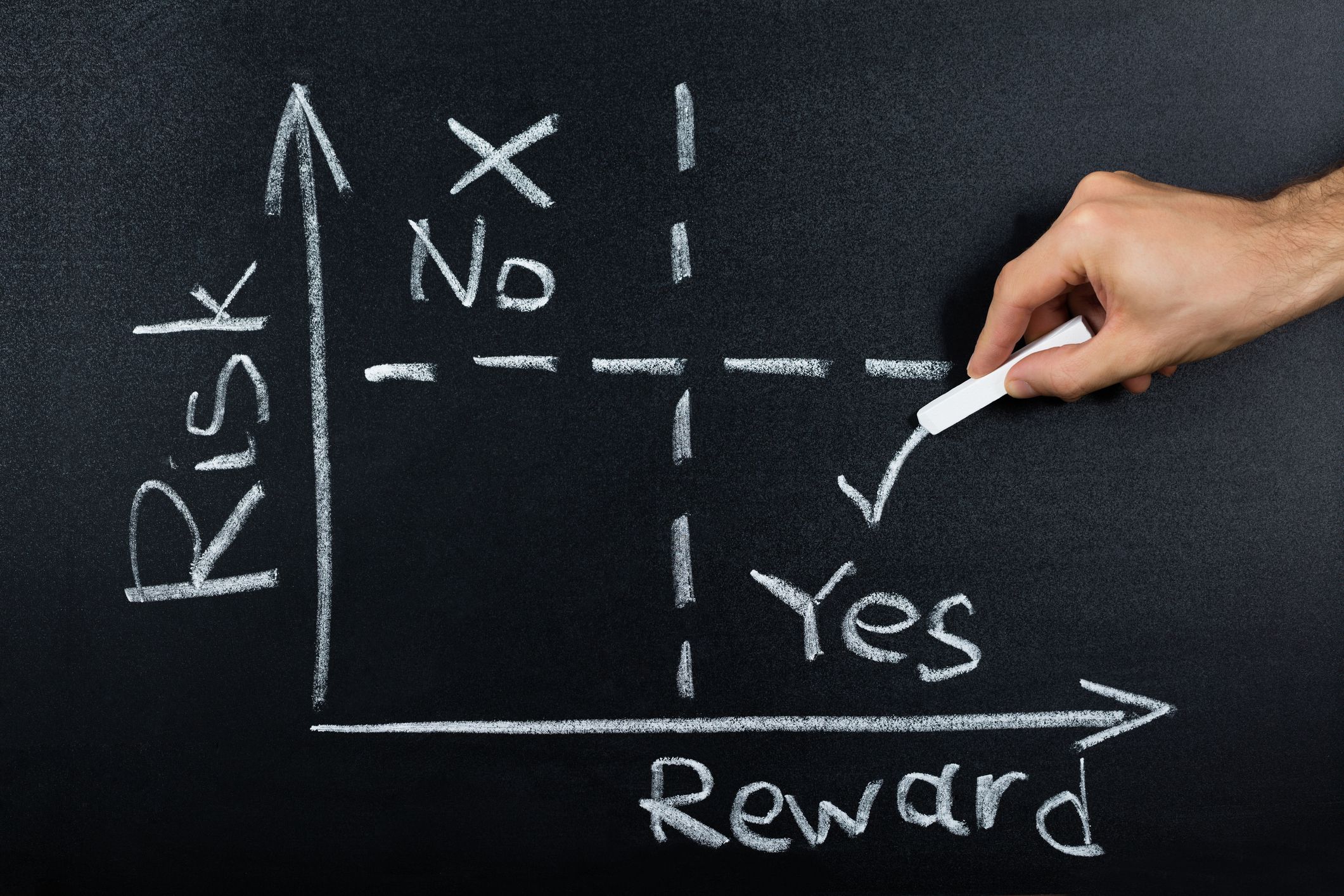 The risk-to-reward ratio also referred to as the R/R ratio, is a measurement that compares the possible profit from a trade to the possibility of incurring a loss from the trade. To determine it, divide the distance that exists between the entry point of a trade and the stop-loss order (which represents the risk) by the distance that exists between the profit target and the entry point of the trade (the reward).

The Risk-Reward Ratio Explained, with Some Real-World Examples

A risk-to-reward ratio is a tool that traders use to evaluate the profit potential (reward) of a trade-in compared to the amount of money the trade could potentially lose (risk). The trader establishes lines, which determine not only the risk but also the potential reward of the transaction. A stop-loss order is utilised to ascertain risk. It is the difference in price between the point where the trade was entered and where the stop-loss order was placed. Setting an exit point based on a profit target is done so in the event that the trade moves in the trader's favour. The difference in price between the profit target and the entry price represents the potential profit that can be made from the trade. An order to sell security automatically if its price falls below a predetermined threshold is known as a stop-loss order. Exiting the trade before the asset's value drops any further, reduces the amount of potential loss that could occur. Depending on how these two numbers relate to one another, you will be able to determine whether the potential for gain is greater than the potential for loss or vice versa. This information can assist you in determining whether or not a trade is in your best interest.

How Do You Figure Out What Your Risk-to-Reward Ratio Is?

To figure out how to compute the risk-to-reward ratio, you must first determine both the risk and the reward. The trader decides both of these levels for the market. A stop-loss order will determine the total potential loss, which is referred to as risk. It is the difference between where the trade should be entered and where the stop-loss order should be placed. A profit goal will determine how much total potential profit there is, which is the reward. When this occurs, the transaction of selling security takes place. The total amount of profit you stand to make from the transaction is the reward. It is the amount by which the profit target differs from the entry point. The relationship between these two numbers is called the risk/reward ratio, and it is calculated by dividing the risk by the reward. When the ratio is greater than one, it indicates that the potential loss on the trade is going to be greater than the potential gain. When the ratio is less than one, it indicates that the possibility of making a profit is greater than the possibility of making a loss. In the above scenario, the risk-to-reward ratio would be calculated as follows: ($25.60 - $25.50) / ($25.85 - $25.60) = $0.10 / $0.25 = 0.4

A Breakdown of How the Risk-Reward Ratio Operates

When viewed in a vacuum, it is preferable to enter into trades that have a lower risk/reward ratio. This indicates that the potential for profit outweighs the potential for loss. However, a very low risk-to-reward ratio is not required for the strategy to be successful. Trades that have a risk/reward ratio that is less than 1.0 are more likely to be profitable than those that have a risk/reward ratio that is greater than 1.0. The risk-to-reward ratios for the vast majority of day traders fall somewhere between 1.0 and 0.25. Traders of all stripes, including day traders, swing traders, and investors, should steer clear of trades in which the potential profit is lower than the amount that is being risked. A risk-reward ratio that is greater than 1.0 is indicative of this situation. There are already a sufficient number of advantageous opportunities available, and there is little reason to take on additional risk for a reduced potential reward. When calculating the risk and potential reward of trade, the stop-loss order should be placed at a point that makes sense. After that, establish a rational profit target based on your strategy and your analysis of the situation. It is not appropriate to select these levels at random. After the stop-loss and profit target locations have been determined, you will finally be able to evaluate the risk versus reward of the trade and determine whether or not it is worthwhile to participate. Investors will sometimes use the reward/risk ratio instead, which is the inverse of the risk/reward ratio that is more commonly used. In this particular scenario, the ideal ratio would be one that is higher than 1.0. The higher the number, the more favourable the situation. 2 Constraints Placed on the Risk-to-Reward Ratio The fact that a trade has a low risk-to-reward ratio does not tell you everything you need to know about it. You also need to have an understanding of the likelihood of achieving those goals. Before conducting a thorough trade analysis, day traders often make the mistake of focusing too much on a particular risk-to-reward ratio. It is possible that as a result of this, traders will set their profit targets and stop-loss orders based on the entry point rather than the value of the security, and they will do so without taking into account the market conditions that are relevant to that trade. Finding the optimal risk-to-reward ratios requires striking a delicate balance between making trades that present a greater potential for gain than loss and ensuring that the trade retains a respectable possibility of reaching the goal before the loss limit is activated.

You will need a trading plan that establishes the following in order to make effective use of the risk/reward ratio:

Under those specific market conditions, how should you position your profit targets and stop losses? When determining whether or not a trade represents a good opportunity for risk, you shouldn't rely solely on the risk-to-reward ratio as your sole criterion. It is frequently applied in conjunction with various other risk-management ratios, including the following: The win/loss ratio is a comparison that is made between the number of successful traders and unsuccessful trades. The break-even percentage indicates the number of profitable trades that must be completed in order to achieve financial neutrality.