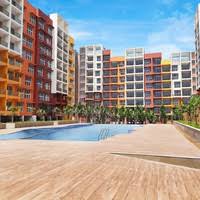 While Visa, MasterCard, Discover, and American Express all have infrastructure for processing credit card transactions, only American Express and Discover also act as banks, assisting retailers and consumers with financing. You may have observed that you make payments to your credit card issuer rather than the processing network if you have a Visa or Mastercard. Visa and MasterCard do not issue their own credit cards. Instead, these networks collaborate with issuing banks, which assume the risk of providing credit to customers. A Visa or MasterCard credit card is issued by a different bank every time you see one. Issuing banks, commonly known as "credit card issuers," include Bank of America, Capital One, and Chase.

Discover and American Express are two of the most popular credit cards.

Acceptance Around the World

Merchants accept credit cards from all four processing networks globally, but you'll have a harder time finding merchants who take American Express and Discover once you leave the United States.

Which Network Is the Most Effective